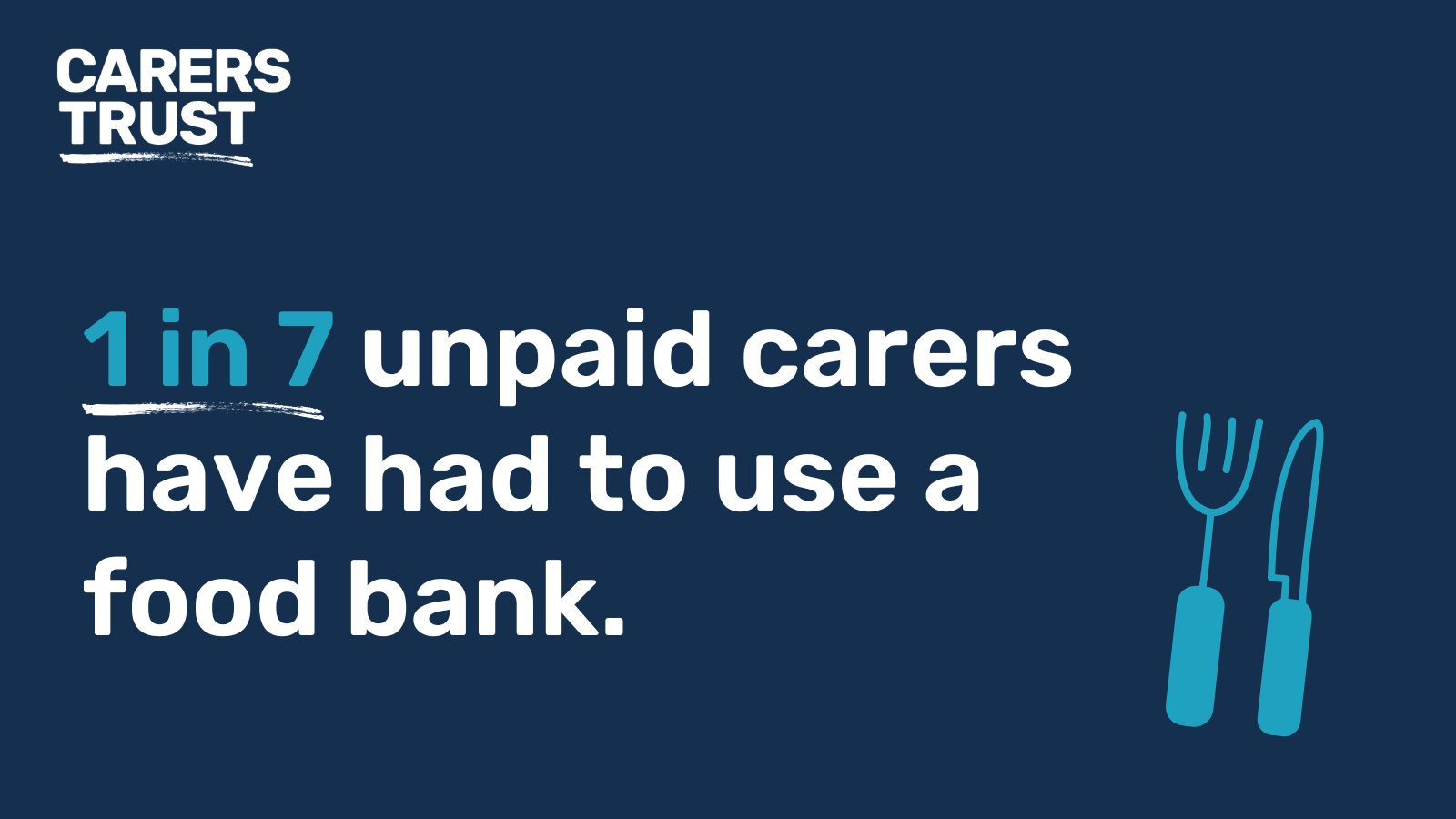 A new survey of carers from across the UK provides a stark assessment of how many of the UK’s seven million unpaid family carers have been plunged even further into financial misery by the cost-of-living crisis.

· Almost two thirds (63%) of unpaid carers are worried about being able to afford energy bills.

· Almost two thirds (64%) of unpaid carers have either had to give up work altogether or reduce their paid hours because of their caring role.

· Carers Trust is urging the UK Government to provide additional cost-of-living support to unpaid carers now and to develop long-term solution for funding of social care.

The research, undertaken by Carers Trust, the UK infrastructure charity for local care organisations, revealed that 41% of all unpaid carers have had to give up paid work altogether to provide the dedicated care at home that a sick or disabled relative needs. A further 23% of respondents reported having reduced the number of paid hours they work because of their caring role.

The research, which was responded to by 2,675 family carers, uncovered the shocking fact that one in seven (14%) unpaid family carers are now using food banks as a result of soaring living costs. In addition:

· 14% have not been able to pay household bills on time

· 39% have had to cut back on other household items

· 29% have had to use a credit card to pay for essential household items.

One survey respondent said “I am terrified that I won’t be able to pay the bills this winter”.

Responding to a survey question about what essential costs they would no longer be able to afford, over half (53%) said transport, almost two thirds (63%) said energy bills and over one third (34%) said rent or mortgage costs.

The survey also starkly highlighted the inadequacy of Carer’s Allowance, the principal state benefit for unpaid carers. Currently set at £69.70 per week in England, this is the lowest level benefit of its kind, despite more than one third (34%) of unpaid carers spending 50 hours or more a week caring for a sick or disabled relative. Eligibility criteria for the benefit are strict: claimants must earn £132 a week or less after

tax and must be spending a minimum of 35 hours a week caring for someone. Over half of all survey respondents said that they do not receive the allowance and, of those who did, 47% of respondents said it was not enough to meet their needs as an unpaid carer. The survey also found that, instead of preventing poverty among recipients, Carer’s Allowance recipients were more likely to be experiencing financial hardship.

A parallel survey of Carer’s Trust’s network of over 120 local carer organisations, who provide services to unpaid carers, has also highlighted the impact of recruitment challenges and funding shortages on their ability to support unpaid family carers. 48% of services cited fundraising and sustainability as the principal challenge to work supporting unpaid carers, whilst 40% of respondents cited staff recruitment and retention as a challenge – almost twice the level (23%) reported the year before.

Responding to the findings of the survey, Carers Trust’s CEO Kirsty McHugh said:

‘With little ability to work, unpaid carers simply cannot boost their earnings to meet the cost-of-living crisis. Yet they need to keep the heating on and equipment running to keep their sick and disabled relatives warm and safe. The recent Autumn Statement simply did not recognise the extra cost of being an unpaid carer. We therefore need to raise Carer’s Allowance urgently and to add it to the list of benefits qualifying for the additional £900 cost-of-living support payment.

‘We also need Government to make good on its long awaited promise to publish a proper strategy for unpaid carers. As a country we’re relying on unpaid carers to keep the health and care system afloat. The least we can do in return is ensure they get a fair deal in return’.

For more information about Carers Trust. 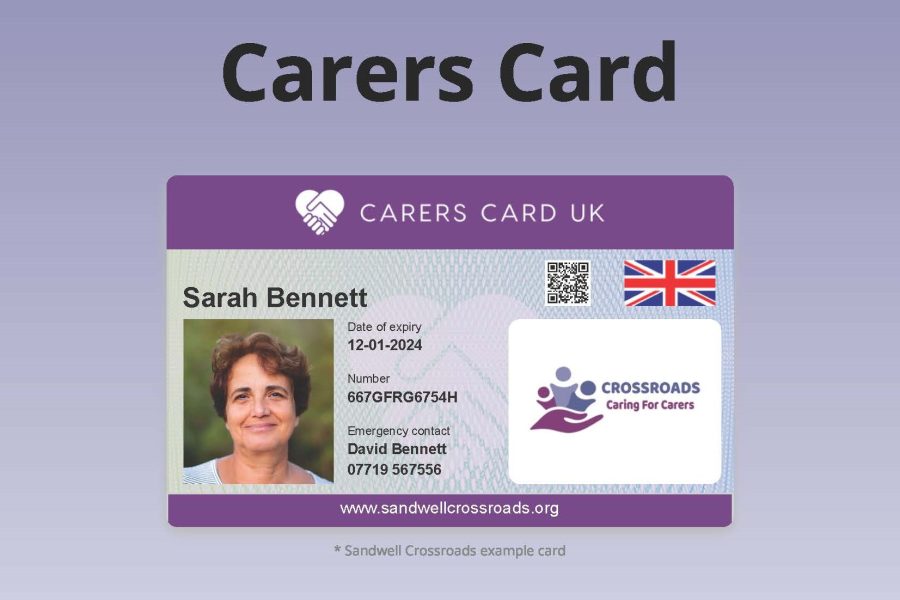 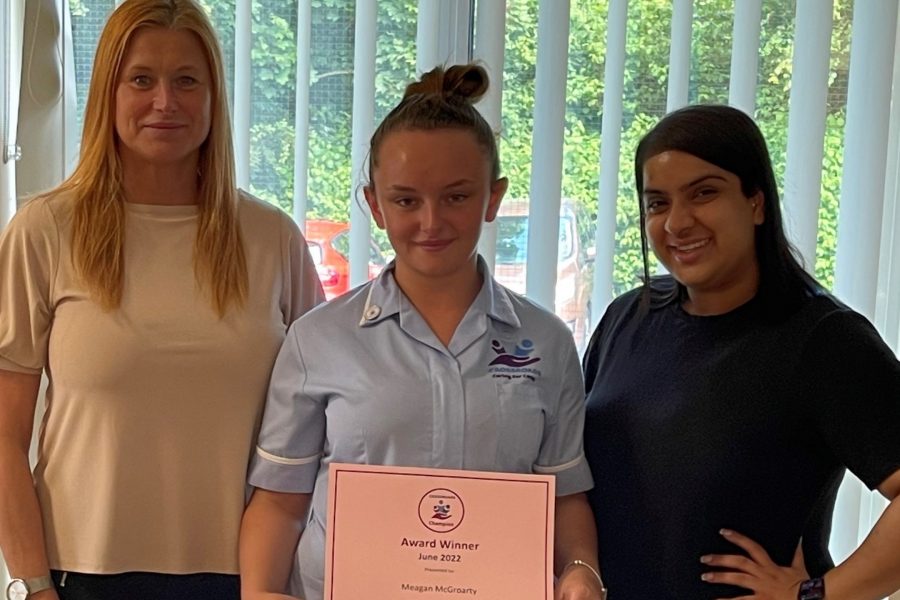 Have you Nominated yet?! 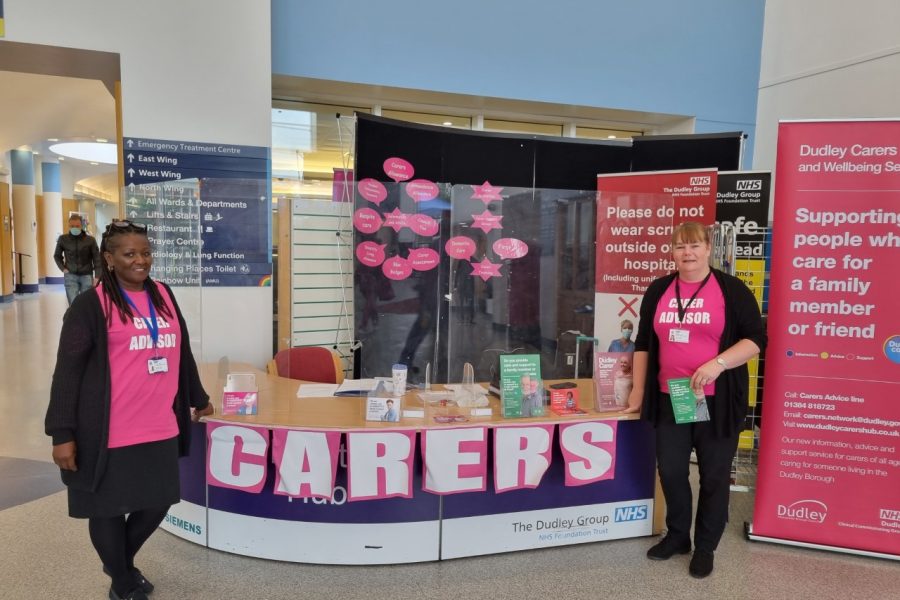 We do whatever it takes to bring
you peace of mind